I have been having so much fun with the new design series "New Angle"! I wondered what it would look like to make the double half-hitches go "in-line" rather than as a "cross bar". I also wanted to use some bugle beads...

Well, I think it worked out well as seen in this first bracelet in gold. This one has been listed at my new "1000 markets" shop (will son get around to listing the others as well): 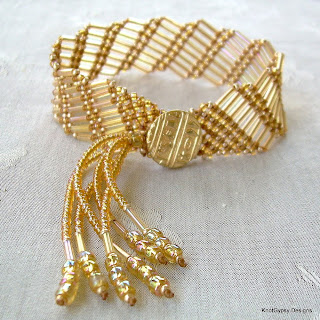 Then, I made a couple of narrower bracelets - in Red and in Green. I also added an extra row of seed beads between rows of bugle beads: 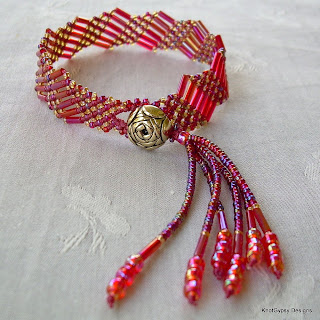 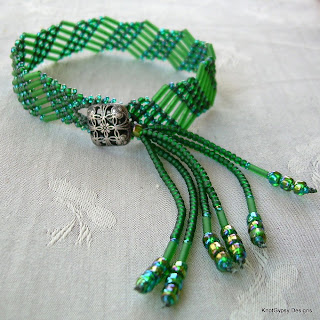 And last but not least, I wanted to try faceted focals instead of the bugle beads. I really love the look of this one. It is a little trickier to knot, but I think it was worth it: 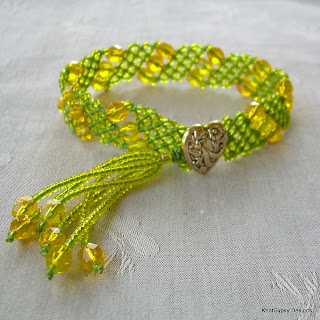 Posted by KnotGypsy at 5:51 PM

Email ThisBlogThis!Share to TwitterShare to FacebookShare to Pinterest
Labels: ShowCase